After releasing  .NET Core 3.0 Microsoft is all set for .NET 5. So, what so special about .NET 5 project? From now onwards there is no “Core” and no “Framework” -its only .Net from here.

According to the Microsoft’s  .NET Core milestones  page shows .NET 5  is due in November 2020. After that there will be .NET 6, .NET 7 a new version every year.

They are skipping .NET 4 to simplify the naming as it will confuse the users who are familiar with .NET framework 4 series. 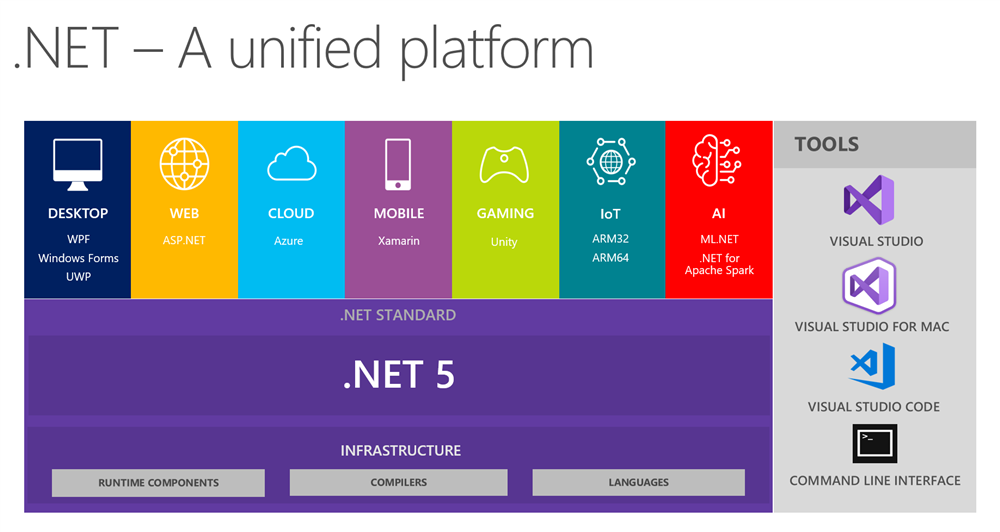 In .NET 5 one BCL framework will handle all the app models including the following

Thing of .Net core which will remain same in .NET 5

New things which will be included in .NET 5